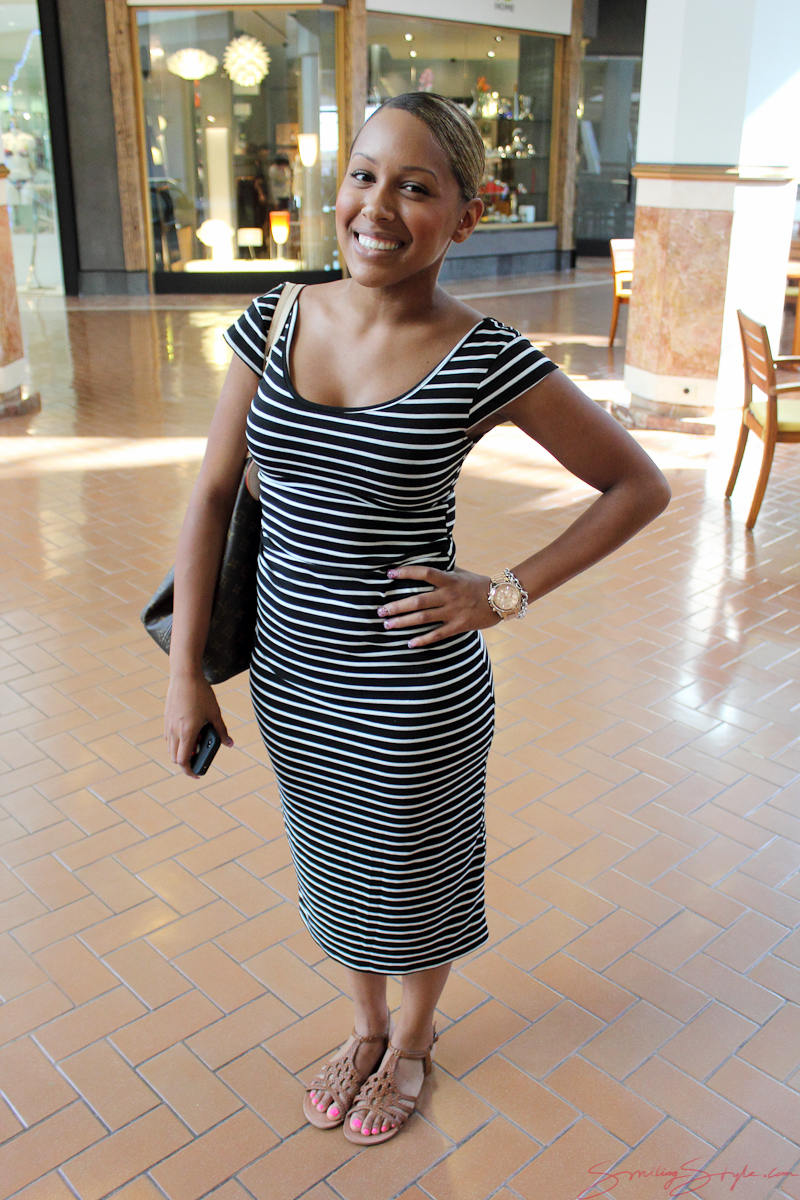 When hitting the mall it’s always nice to the keep your eyes open for what other people are wearing. I find it much easier to get inspired doing that than by browsing the shelves.  If you see something nice on someone, why not approach the person, compliment her on the outfit, and ask where she bought it.  Most likely she’ll be happy, and you’ll make a new friend

Got so inspired by stripes the other day at South Coast Plaza.  Love the way this clean cut look works for her – even if she is wearing the notoriously dangerous (widening :)) horizontal stripes.  That said, I think horizontal stripes look seriously good as she has paid attention to a few small details:  First of all, thin stripes work much better than wide ones. Then the trick is to make your womanly curves “break and curve” the straight horizontal lines. You can see how the lines behave around her bust, looks good doesn’t it?  You’ll find this trick frequently used by many celebrities. See for example “Kim Kardashian striped dress” on Google image search.  Kim uses a lot of horizontal stripes and lines without looking bulky at all. Finally, you may want to choose a dress that accentuates an hourglass shape. The small ladylike sleeves of this dress do a great job at that. Very nice.

Also, this was when I decided to give in and get one of those golden watches. I had tried to resist it because they are everywhere, but it just looked so good on her

She is wearing a Michael Kors, but I bought a cheaper one for 20 bucks at one of the NYC Fashion District stores. The watch needs to be just a little bit manly and bulky, but not too heavy. The golden bracelet will keep it feminine enough, and the whole thing will work as a bracelet.

And by the way, one of the best phrases I’ve heard about accessorizing is this: Before you leave home, … remove one as less is more…