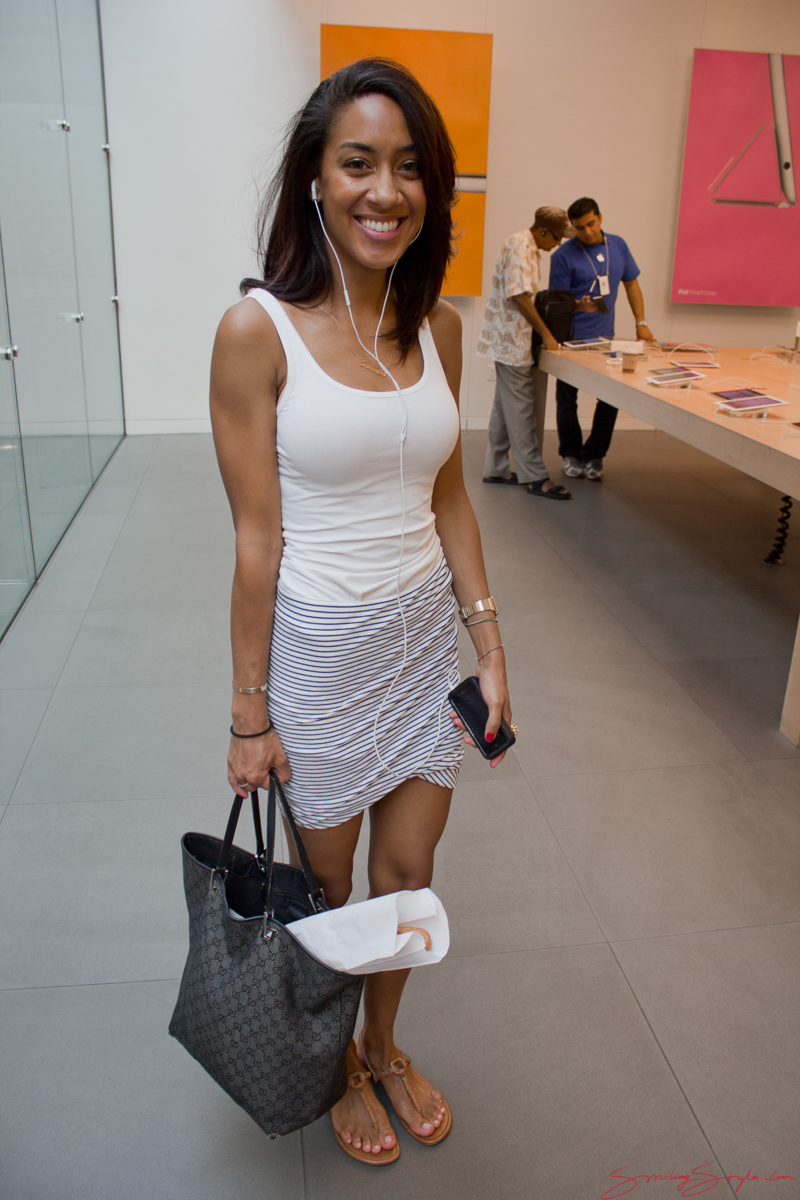 Ok so I was on my way in Soho but as it was a super hot day I figured I’d slip into the Apple Store to cool down for a while. Good choice, soon after I entered I spotted Samantha leaning into one of the iPhones texting at super speed.

I admired her perfect outfit for a second and quickly decided that I would try to get a shot inside the store although the security guards usually dislike that. While I was digging out my camera one of the salespersons went over to her and told her to stop what she was doing. Evidently she was borrowing one of their chargers to put some juice into her own iPhone.

Seriously Apple, I was thinking to myself, you don’t want people like her to come in to charge their iPhones for a second? Apparently that new Apple CEO didn’t get the memo, hot chix = good for business, anywhere :).

Anyways, I just got to love Samantha’s whole ensemble, with the baguette as the finishing touch, very Paris chic!  Also, note how well a discrete grey bag works for a lady, too. Hers is from Gucci and is perfect, but I bet a Damier Graphite bag from Louis Vuitton’s mens line would look stellar, too.